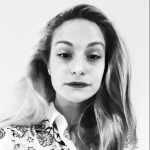 Well, would you look at that? There may be some truth to growth hacking after all.

Marketing may not be bullshit, but growth hacking is.

And that’s what we’ll be checking out today: the theory and practice of Growth Hacking™.

If you don’t have a shovel, now’s the time to get it. We’re digging deep!

The thing about growth hacking

I googled “growth hacking” for this article.

As a marketer and a writer, I should probably know what exactly it is, but it’s just like that cousin you ignore at family reunions. They’re embarrassing, but they’re your family so you have to tolerate them.

For marketers, growth hacking is that cousin. It’s something that’s neat to put into headlines (or was neat in 2016) for that clickbait effect. It sounds promising.

(And as we all know, marketing just has to sound promising – it doesn’t actually have to do anything.)

So, Google says that growth hacking is a process of rapid experimentation across different areas of business. The goal? Identifying the most efficient ways to grow a business.

Or, you know, exactly what we’ve all been doing all along.

So with that in mind, check out Naeem’s article if you, like the rest of us, are a moron who doesn’t understand what makes growth hacking so special.

When you’re jaded enough and slamming your fist on the table screaming, “That’s right! I was ripped off by that webinar! Ripped off, I tell ya,” you’re welcome to join us.

You can also google “What is growth hacking?” like me, and check out the answer under “How do I become a growth hacker?”

(In my mind, I’m picturing an 8-year-old boy who has just learned that he has to have a career of some sort, and growth hacker sounds pretty darn cool.)

The first item on the list is: “Read everything you can about growth hacking. This is the learning stage.”

The second is: “Find a mentor who has done growth hacking before.”

Does that sound fishy to you?

It sounds fishy to me. Just like someone coined the term to boost their business. You know? Like those Facebook consultants who consult consultants on consulting.

And growth hacking relies on it.

But this universe is weird, so there are exactly 3 growth hacks that aren’t complete bullshit:

Let me start off shady because growth hacking itself is shady.

One of the best examples of competition takedown that I’ve ever seen is AirBnB.

When these apartment-peddlers first started, no one trusted them. No way. It’s weird, having a support network for renting an apartment in a place you’ve never been to. I want to be attacked by someone’s succulents.

So our brave founders realized that their target audience usually just used Craigslist.

(Because that’s a normal place for finding accommodation.)

They gave the providers an option to copy their listing to Craigslist, giving them instant access to a large target audience. The framework was already in place.

AirBnB just had to swoop in with their link and presto, $$$.

Like we already said, bootstrapping is hard – and it doesn’t just go for funding. Starting off by creating a market in the first place is hard, too. AirBnB knew that, so they found a middleman.

If it was their direct competitor all along, well… That’s just growth hacking for you.

There’s a fancy-dinky term for that: other people’s network (OPN – in case you can’t read).

In other words, steal other people’s shit legally until you get away with it.

To make the whole thing even shadier, AirBnB has been blocked from Craigslist since then.

And since they were automatically posting for their users, they’ve probably had to create multiple accounts, and get clean IPs every time.

That’s the part of growth hacking no one mentions. There can be actual shady stuff, but it’s damn effective.

Learn to live/laugh/love the grey area.

AirBnB used their competitors’ own network stealthily to reach their target audience.

Or: things I wish I could say more often.

When a marketing team (or any other kind of team, really) reaches the point where everyone’s sleeves are rolled up, there are coffee stains on the table, and all other options have been exhausted, there comes a very powerful moment.

And then they say it.

That’s powerful for your business, if anything is. It means that you’re willing to experiment as much as possible. You’ve tried the logical and the normal.

How about something unhinged?

Video marketing works great for that.

Everyone loves videos, and they aren’t as likely to take offence. Videos are about storytelling and boy oh boy, do you have a story to tell.

Let’s take a look at:

I don’t know what I like more: the fact that the guy seems to be challenging the viewers, or the fact that he looks exactly like he’s from that exhausted team.

In reality, what this does for marketing and business is it captures attention.

Consider our regular exposure to advertising: Facebook boxes, billboards. They’re all very similar and there’s nothing really eye-catching about them. Even the design seems to follow constraints.

The point of “Screw it, let’s do it,” is that it’s so out of the ordinary that it has to capture people’s attention.

I don’t know if you’ve noticed, but we’re not noticing.

Maybe you’re even skimming over this article to get to the end, hoping that I’ll write the main takeaways you can use to hack your way to stardom.

Even the colourful YouTube thumbnails aren’t doing much for us these days. Everyone’s using them.

So when we see something that says “screw it” so loud, we can’t help but do a double-take.

Should we insult our readers? – Screw it, let’s do it.

Should we be impolite? – Screw it, let’s do it.

Should we get Terry Crews to explode on screen and turn into a bike? – Screw it, let’s do it.

And users love it. Everyone’s tiptoeing around them (around us) all the time, so it’s fun to see someone who just doesn’t give a shit.

Being unhinged like a door waiting to be installed. It’s important to capture attention. Dollar Shave Club does it with the thumbnail that’s out of the ordinary (thumbnails usually have people smiling or stimulating positive emotions), with the title, and with the video (it’s sarcastic and funny). Consider options that you’d only consider if you had nothing to lose.

#3: Insert yourself into the conversation

Let’s imagine your ideal customer. They’re waiting for their venti-caramel-iced-pump-of-unicorn-milk-dash-of-hippogriff-breath-latte macchiato. Their friend is standing right next to them, and they’re showing each other memes.

Where are you in this situation?

Right between them. Get in there! Push the friend aside and grab their phone.

Show them all the sweet memes you’ve got.

Growth hackers do this all the time. Well, they try to do it, but they’re still stuck on being mentored by the 5th growth hacker in a row, who they met at a seminar in Nice.

Businesses insert themselves into the conversation all the time.

Word-of-mouth is powerful, but sometimes a customer needs to be pushed in the right direction.

So, what do our favorite business examples do?

Hotmail used to be good once. And to show everyone just how good they were, they added a signature line to users’ emails.

What did they write?

I’m not kidding. That’s what they did to grow to 12 million users in 18 months.

Back in the mid-2000s, there were no laws stopping companies from just getting email addresses and blackmailing people into signing up.

They encouraged users to add their contacts and post about them.

The added users (which hadn’t registered, but their friends gave Facebook their email addresses) would then get emails that they were being talked about.

And there’s literally no one who wouldn’t sign up for whatever service just to find out what their friends really think about them. Especially when they know that they’re talking about them!

It’s actually genius. And it gave them enough runway to keep the momentum going. Even if things aren’t as sunny these days.

When we say word of mouth is powerful, that doesn’t just mean you should motivate your customers to spread the word. Spread it yourself for them. Is it shady? Absolutely. Is it effective? You betcha!

(Just don’t break any laws, please. You might have to go talk to 380 year olds in Congress and have absolutely nothing happen to you.)

How does one hack growth (asking for a friend)?

Forget about complicated stuff. Forget that you know anything about marketing, sales and business in general.

Go back to when you were six years old, and think about all the ways you used to annoy your family.

Then do that to your users.

(We decided recently we’re going to stop writing shitty clickbait content. Instead, if you liked this article and sign up for ContentFly, let us know we’ll give you a $100 discount.)

5 Essential Mistakes to Avoid While Promoting Your Online Business